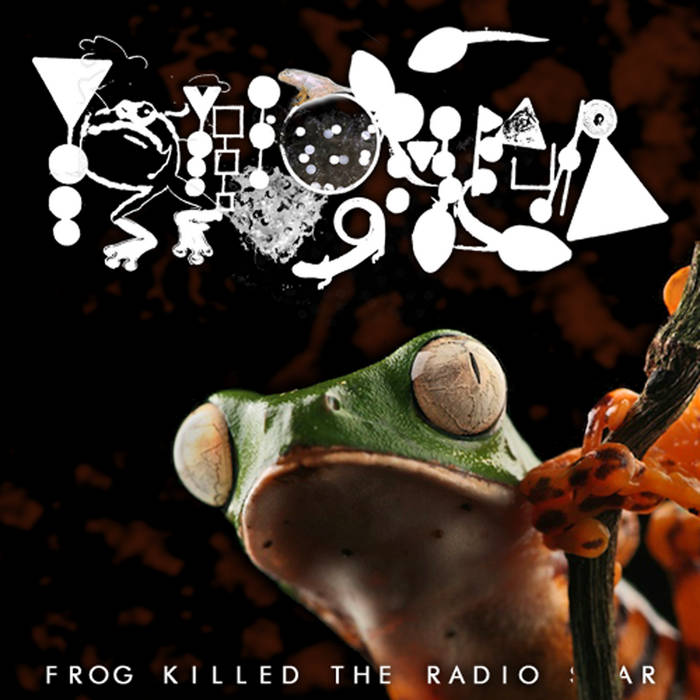 thing82 The vocals are excellent even when performing live. Amazing job. Favorite track: Am I Zooborn?.

This recording is straight from the NGS audio soundboard. So it's not as loud or thick as it was in the studio, but it was
the only way to release this. However, what I usually try to do on every release happened, and that is the battle of instruments.
I absolutely love when it sounds like each sound is fighting the other. The vocals, guitar and drum tracks all sounded like they
were trying to fuck eachother, hard. I loved it.

Phyllomedusa's sound was created all pretty much on the spot. I had a few loops made days before, but everything is from scratch.

I tried to keep it as minimal as possible. Here is what I used:

Ibanez RGA8 (complete with custom guitar and bass strings)
4 pedals (distortion, pitch, loop, and reverb)
2 amps
1 mixer with my installed drum tracks made from scratch played through their system, and delay settings

The guitar you hear in the left ear is a mimic of the guitar in the right ear. I specifically put delay on the guitar so it would
start like nanoseconds after I played the main guitar. This is the next best thing to being at the Lilypad recording two to a
million tracks in each ear. I then fucked with my mixer's fades.

I controlled my vocal settings, guitar settings and loops/samples settings all with my feet and hands.

The only negatives were that I could not do multiple vocal tracks or add any bass. I was already doing so much, creating live
loops of vocals would be nearly impossible. Maybe if my dick was bigger I could use it to control other vocal settings.

I gave out official Save The Frogs, and Phyllomedusa pins for free and only made about $50 from NGS. So as you can see,
this is merely just for the expressing of my obsession with amphibians. It is the only reason I did this show, because of my
feelings towards the frogs, toads, salamanders, newts and caecilians. May their frustrations come out within my live amphibious chant.

My usual goal is to get someone to vomit, or at least leave during the show. So I was very happy to see 5 people leave out of about
20. Most were NGS employees. They were expecting me to perform an ambient/drone show, so when I started with "Zooborn", I could tell they were very surprised.

sound by big frog to a crowd of ambient-expecting bipeds